The Full Story with Lithium-Ion 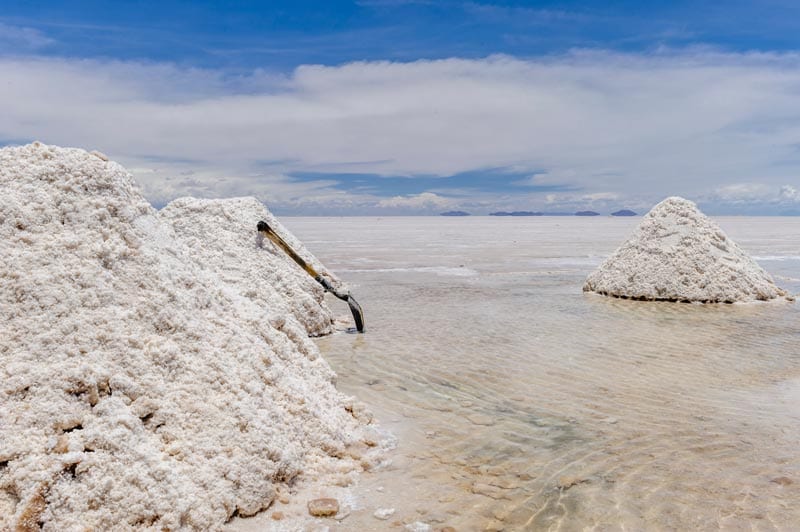 Lithium-Ion (Li-ion) based batteries have garnered a lot of attention in recent years for being a capable, lightweight, and relatively cheap means of storing electricity.  However, as the old saying goes, Lithium doesn’t grow on trees.

What is Lithium? Lithium is an alkali metal, which (if you remember chemistry class) makes it highly reactive with most elements found on the right side of the periodic table (sans the noble gasses). Because of Lithium’s high reactivity, it is commonly found as a salt (replace the sodium in sodium-chloride with lithium) and as hard rock (found in pegmatite). There are only a few places in the world where lithium can be extracted in its salt form (such as Chile, Bolivia, and China) because the concentrations are at high enough levels to make the extraction process economical. Most of the Lithium acquired outside of South America is done by mining hard rock Lithium.

Li-ion batteries are not as easily recycled as cardboard boxes. This is because lithium is such a reactive material that any pressure or puncture could compromise the battery and cause a fiery explosion. Because of this property of li-ion batteries, they must be recycled carefully. Additionally, most Li-ion batteries of today contain cobalt which can be toxic to humans in large quantities (which people are exposed to during the recycling process). Currently less than 5% of li-ion batteries are being recycled.

Li-Co2 Battery A recent breakthrough in battery technology at the University of Illinois at Chicago has yielded a rechargeable Li-CO2 (Lithium-Carbon Dioxide) battery.

This battery chemistry has 7 times the energy density of Lithium-Cobalt. Alongside the improved energy storage capability of this battery chemistry is also the added benefit of eliminating cobalt from these batteries which will help to reduce their toxicity during recycling as well as reduce the need for cobalt mines. These batteries have the potential to be far more sustainable than Li-Co batteries as their CO2 can be sourced from captured CO2.

Li-ion batteries have revolutionized the way we store energy and are helping to propel us into a new age for energy. While Li-ion batteries are helpful, the lithium mining process is not without cost to our environment. Proper recycling of lithium and other metals from li-ion batteries is necessary to ensure that the benefits of these batteries are utilized while minimizing environmental impact. New Li-Co2 battery chemistries point the way toward a more sustainable future. While this technology is still in its early stages, it promises a revolutionary improvement over current state of the art energy storage systems.